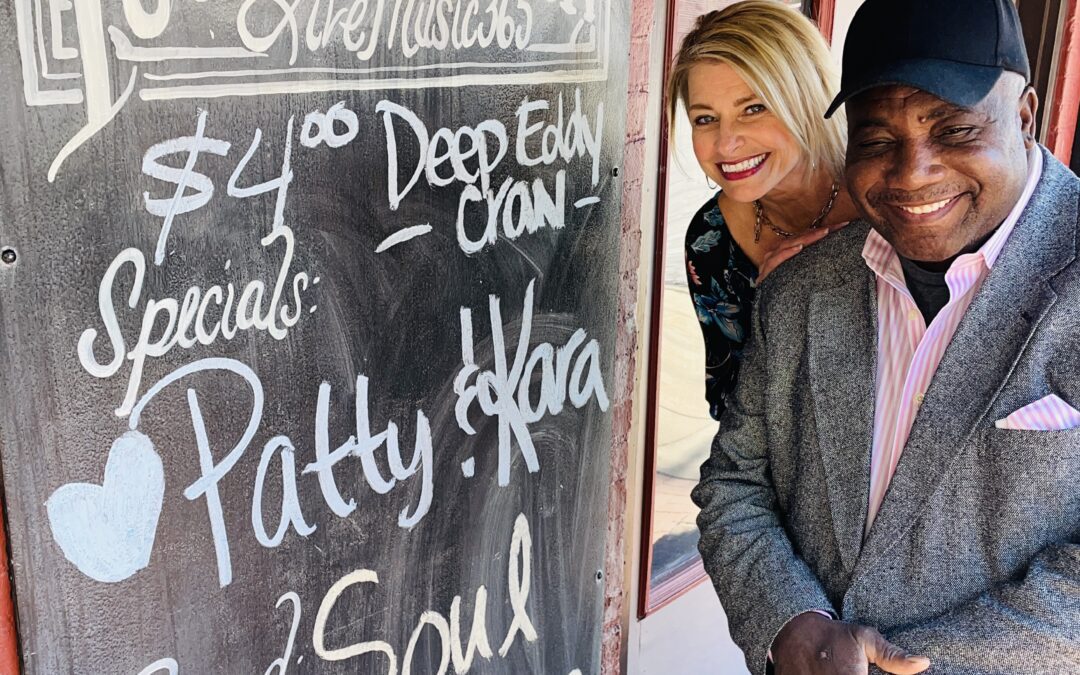 For over 35 years, 1860 Saloon, Game Room & Hardshell Café has hosted talented musicians from around the St. Louis metropolitan region and Midwest area. This is another in a series highlighting stories of the skilled and gifted singers, players and songwriters that take the stage in the 1860 Saloon room and contribute greatly to St. Louis’ reputable R&B, classic rock and Motown music scene.

There are two must dos on a Saturday in Historic Soulard. The first is to visit the shops and vendors in the Soulard Market. And the second is to go two blocks down and hang out from 2 to 6 p.m. in the 1860 Saloon to enjoy the band Soul Reunion, featuring lead singer, Gene Jackson. He has a smile you won’t forget and the authentic voice of St. Louis Soul and Rhythm & Blues. In his words, “I try to make people forget and leave their troubles at home. Just enjoy the moment. Precious moments are the BEST thing. Just concentrate on now and don’t worry about what’s going on outside.”

As a child, Gene’s Mom was a huge influence, as she sang in choirs and groups during the growing popularity of R&B in the 1960s. She gave permission for him to entertain, at age 14, with Doc Perry’s band. They at performed locally as well as around Mississippi and in Memphis. Gene’s role was mainly instrumental, playing flute, guitar, and the congas. Years later, Gene became an integral part of the Power Play band.  Those attending St. Louis weddings in the 90’s probably danced the night away at a reception featuring their energetic seven-piece ensemble.  When not playing at 1860s on Saturdays and other Soulard locations, Gene sings lead with the members of the current Power Play Band, performing in Belleville, area casinos, venues and events.

Asked about playing for 1860s customers, Gene smiled and said, “They come here because it has a family aura. I take that everywhere but here is home base. The party never ends. You know, once I start, they don’t want me to go home! The songs we do are based on looking at my crowd. There is no song list so I can make things flow. Come on down and have a good time. We have a lot of fun.”

His favorite menu item at 1860 Saloon is the Seafood Gumbo. When talking about Mardi Gras memories, he said one year in particular was a favorite. It was a day that everyone came in from the cold and “we packed ‘em in!”

Like many artists, Gene’s talents go beyond his singing and entertaining. He creates and sells oil paintings. “Once I paint one, that’s it. It’s a memory I’ve put on canvas.” Writing music is another gift. After 40 plus years of performing professionally, he recorded two CDs with original music and lyrics. One in 2017 after his son, Kyle, died while battling addiction. Titled “1963”, it reflects a lot on the heartache of love and loss. He was working on his second a couple of years later when his son, Quinton, died after a car accident.  Both men were young adults and Gene’s focus on writing music and performing helped him through the immeasurable losses.  His soulful sound also reflects the many uplifting and positive moments with his wife and family. His daughter is a well-respected attorney in St. Louis and the grandchildren are a blessing. “The Jungle” CD was released in December 2020 and received high praise in the local media (Kevin Johnson Post Dispatch article and Sarah Fenske NPR interview). You can purchase a copy from him on Saturday afternoons at 1860s or on the local recording studio’s website bluelotusrecordings.com. Or download it on streaming platforms. Follow him on Facebook @ genejacksonmusic

Live music is performed at 1860s 365 days a year, no cover, every night Monday through Friday and twice on weekends. The daily music schedule is on 1860saloon.com

There are three rooms, with one incredible menu, at 1860s.  The 1860s Saloon, with its antique wood back bar, is where the live music is performed.  Blues, Classic Rock and Motown performances ensure great entertainment. In the second room, groups converge at the 1860s Game Room bar for sports on the big screen screen, foosball, video games, shuffleboard and darts. It’s the perfect atmosphere for drinks, St. Louis-style pizza, and listening to TouchTunes. Want traditional restaurant style seating? Then the third room, The Hardshell Café, with a New Orleans courtyard feel and 500 gallon fish tank, is the place to be. During nice weather, relax at a table outside the café. From Cajun and Creole to traditional American fare, our menu items receive rave reviews.

Live Music in the Saloon, featuring Blues, Classic Rock, and R&B, every night of the year and weekend afternoons